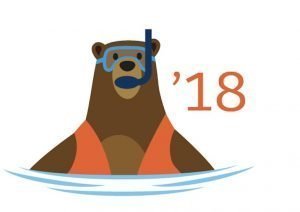 As with every release, there are a number of key dates you have to be aware of.

Most of this is sourced from the Release Readiness Group and you can download a handy infographic here (source: Salesforce).

April 23rd – The Preview Release Notes will be published.

May 4th – Sandbox cutoff date.  Remember to check here for instructions on which sandbox instance a refresh will land on.

May 18th, June 1st, June 8th – there are three release windows for Summer ’18 into production environments.  Which depends on your Salesforce instance.  You can check the dates relevant for your instance, here.

Because I am not one to generally wait…  Impatient, I know…  So I started searching the product roadmaps to see what is likely to be released as part of the Summer ’18 release.  Combined with a number of webinars I have watched, this is a list of some of the features likely to show in this release.

But please note – this list isn’t definitive or guaranteed list.  And we will get official confirmation within the next week as the Pre-Release Orgs & Preview Release Notes become available.

Files is likely to see the introduction of a Library-type functionality.  This will be no doubt be a nudge for users still on Content/Libraries to move over to the newer Files functionality.

The rollout of branding/themes started with the last couple of releases.  We will likely get the ability to now theme/brand each app individually (rather than one theme applying org wide).

List views will also see Mass Quick Actions rolled out to more objects too.  While Persons Accounts should get the ability to create custom Quick Actions on the object.

And Product Schedules should finally become available in Lightning Experience.  This should stop users having to switch back to Salesforce Classic to enable product schedules, or to establish/modify schedules for products.  Which is something one of my orgs uses alot, and has blocked Lightning roll-out for that team.

We will see if these possible features are actually included in Summer – and no doubt there will be a number of other additions which haven’t been included here… There are always 1,000s of features in each release – so I know we only touched the surface here!

If you want to know more, one of the most helpful videos outlining some of the new features on the roadmap, is this one: True to the Core, which was originally included in my last post Dreamforce 2017 roundup.

Hope that helps with exploring in more detail.