Sometimes overconfidence catches up to you when you least expect it.  That is probably really obvious.  But for me recently it was about two months ago, when I sat both the Platform App Builder Transition exam and the Platform Developer I exam.  When I went into the exam centre here in London, sat down and clicked the ‘Begin Exam’ button, only to find I was woefully unprepared for the exams…

The result of that day, two exams failed.  But the story doesn’t end there.

So I am going to share some of my personal Salesforce experiences leading up to this point and more importantly my lessons learned and resources which helped me ultimately pass both exams.

Stepping back in time for a moment, I passed my first exams back in 2012.  And I do say exams, as in plural.

I decided to take the plunge after working with Salesforce for around a year and get certified.

My objective was simple enough, and I wanted to get a recognised credential I could take with me when I moved to the UK.  I figured having a globally recognised certification would help the transition and ultimately help me find employment.

It was a time of massive change (picking up and moving to the other side of the world).  But my main ambition was to set up in London and travel around Europe.  And if you know many Aussies in London, this is a little stereotypical 🙂

But those first steps I took, have set me on a path I have never looked back on.

And over the last year, I have been continued planning next steps and my future direction within the Salesforce community and ecosystem.

With the launch of the new certifications from Salesforce in late 2016, I have decided (like a lot of people) to slowly start working towards the goal of becoming a Salesforce Certified Technical Architect.

Patterns are easy to form

With a couple of other certifications over the last 18 months (like the Advanced Admin & Sales Cloud Consultant) – I relied more on my personal experiences and knowledge of the platform, rather than directly studying for the exams.

Sure, I ended up referencing the study guides, but after running through some practice quizzes, I was relatively sure I wouldn’t need further study.  But with this, I started to build a pattern of not taking the exams seriously enough.  Taking for granted my hands-on experiences and knowledge over the years getting me across the line.

And so, I found myself eagerly booking in my App Builder transition exam & the Platform Developer I exam…

Why was I so unprepared?  You can probably guess where we are heading with this next part!

I made the first mistake of where I expected the Platform App Builder exam to be the easier of the two exams that day.  In my head I just assumed it was just like the Force.com Developer Exam (DEV-401), which it was replacing.

Secondly I had booked both exams on the same day…  Which isn’t generally a great idea in the first place.  As it doesn’t leave you time to deal with a negative result before moving straight onto the next exam.  The unexpected failure on the Platform App Builder transition knocked me for six (a cricket metaphor for those who don’t know what this means).

And I knew going into the exams that the Platform Developer I exam was going to be the weaker of two…  But even still, I assumed by developer experience of the last year would be enough to get by.

Leaving the exam centre that day, I took the result badly.  I was being very hard on myself and kicked myself for not taking the exams seriously enough.  How could I have just expected to coast by?  Did I not know Salesforce at all?

With my anxiety, my mind was the harshest critic and it tore me to shreds…  But I vowed to make sure not to repeat the mistakes again.  And to do that I needed acknowledge what went wrong, and plan a way forward.

So quietly I made preparations to re-sit both exams.

After coming up with a study plan and finding a number of helpful resources (which are shared below).  I can proudly say I am back on track and have passed both exams. 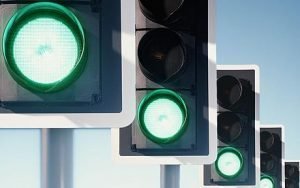 I must be a glutton for punishment as I still re-booked both exams on the same day, but the exam centre isn’t that easy for me to get to, so I ensured I booked time slots which would give me some time in between if needed.

And as a funny/side anecdote  – as I was driving to the test centre, I had a ‘green light’ run.  Where every traffic light was either green or turned green on my way…  That never happens in London! 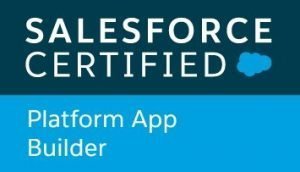 Platform App Builder: Where did I go wrong?

Now this may come from my past experiences and working with Salesforce now for over 7 years (hence over-confidence) but some of the questions on the Platform App Builder exam are easy… I mean really easy.  And almost make you second guess the answer as it is so obvious you think it is a trick question.

I second guessed my answer about sandboxes the first time round, and ended up over thinking it and picking the wrong option… **DOH**

But the area that really sunk me the first time around, generally related to the setting up of External Objects.  As I haven’t used these features of Salesforce, I was guessing.  And after studying External Objects, I know I got these completely wrong in that fateful first go of the exam!

Also understanding the system limitations re: changing field data types was important as I had a couple of questions on this topic.

And the Quizlet also has a number of flashcards/practise exams, but I found some of them had incorrect answers… So not 100% useful if you don’t know the answers.  Personally I used this one (link broken), and they seemed correct. 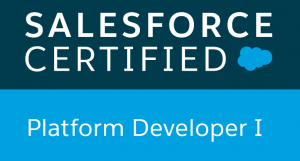 Platform Developer I: Where did I go wrong?

There were a couple of areas, but the biggest areas I found when I failed needed to work on were the test execution/design patterns.  As I have never used Test Factory Data design or stored test data in Static Resources. Instead I have generally included a test method in the code I have written… But this isn’t very efficient in the long run!

I also forgot topics in the exam that I know.  As an example I forgot the Order of Execution during the exam… Does a validation rule fire after a workflow?  I went completely blank…  I put this down to sitting this exam directly after failing the Platform App Builder.

There are also five ‘product related questions’ throughout the exam, which actually have no bearing on the end-result.  At the time I did my exam, these related to Heroku (and I assume I got these wrong).  And I remember getting most of these early in the exam and this combined with the early failure in the exam before left me mentally panicking and I was freaking out that I knew nothing!  It was like reading another language!

If you have access to Premier Support, you also have this online course for the Platform Developer I available to you.  It is an extensive overview of the course and exam questions.

Have you got any resources relating to these exams to share?

Please feel free to add them in the comments section below.

Time to prepare for Summer '18 Release